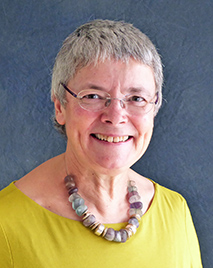 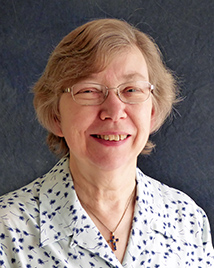 Born in Lancashire, I moved to Kent when I was 10.  I became a member of Sittingbourne Congregational Church, (later URC) and attended Medway District Easter and Autumn Youth Conferences, where I met my husband, David, and made many firm friends.  I trained as a teacher, and taught for five years, before leaving to start a family.  Our two daughters have always been very special to us, and we now also have two grandchildren who are a delight.

Music has always been very important to me.  When I was 11 I had the opportunity to learn the bassoon, and this has become a lifelong pleasure.  I was able to play in many amateur orchestras at home and college, and still enjoy making music with others, as part of the church music group, and in Bracknell and Wokingham Community Band.

When we moved to Wokingham in 1991, it was important to us to find a local church where we could worship as a family. Rose Street welcomed us, and I was soon involved in a friendly house group, and with the music group for the inaugural service of the new South East Berkshire Circuit.  Once my children were older I returned to working in education as a teacher, and more recently as a learning support assistant, in a wide variety of roles.

I am looking forward to being part of the stewards team as we face the new opportunities and challenges of following our vision at the heart of our changing town. 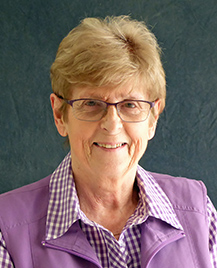 I was born in Brixham in South Devon where my parents brought me up in the Methodist Church or Chapel as it was called in those days.  On leaving school I joined the National Provincial Bank for a year before taking a degree in Drama at the Guildhall School of Music and Drama.  Both theatre and music have always been important to me and I was very fortunate to be able to pursue these interests whilst in London.

I then went into teaching and spent many happy years in both Bourne End, in Buckinghamshire, and at Sandhurst in Berkshire.  It was whilst in Bourne End I met Peter my partner for over 30 years; unfortunately he passed away two years ago and since then I have become more actively involved in the life of the church.

I feel honoured to have been invited to become a steward of Rose Street Methodist Church and hope this allows me the opportunity to give something back to the church which has supported me so much in recent years. 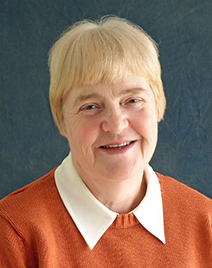 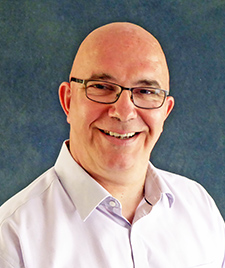 To be born in the middle of World War II in the East End of London and then to be orphaned at nine months is probably not the best start anyone can have in life.  But thanks to the love and care of my adoptive parents I can look back on a childhood of happy memories.

We attended Leigh Wesley Church – a most beautiful building with a large and vibrant congregation and a talented choir, in which my father sang baritone.  An abiding memory is that of going to evening service, particularly on summer Sundays when the sun, slanting through the western window, spun patterns of colour over us all.  The lessons learned in Sunday school – held on Sunday afternoons in those days – the traditional hymns and some really fine preaching, together with examples of practical faith in daily living set by my strict but loving parents, gave me a faith that has at times been severely shaken, but never lost.

College was a testing, questioning time, as indeed it should be, but the London University Methodist Society absorbed and answered the challenges I set – and found me my first husband. He was a liberal thinker, whose liberality took him beyond Christianity into exploring other faiths – and finally none.  I followed a more traditional path, becoming a Local Preacher in 1970 – but our differences and other difficulties sadly increased, and the marriage foundered and ended.

Following my career – which I picked up when my four children (two mine, two fostered) were in their teens – I came to the University of Reading, and met Bill in the phonetics laboratory.  Some of you may know Bill's work as a professor of phonetics took him to Germany and I spent eight years there from March 2000 – not becoming fluent in German alas – but doing some teaching, creating a garden and doing some writing.

Since our return to the UK we have immersed ourselves once more into the life and work of the church, and I am honoured to be asked to be a steward again.  I hope God grants me the ability to serve you well.

As Kate and I come to the end of our current three year term as Church Stewards we reflect on the last year.

We were very pleased that we were able to have three new stewards joining the team last year: Lesley Wheaton, Christine Morgan and Margaret Wells, all of whom have settled well into the role.

We also have a strong team of Welcome Stewards who help with handing out notices and collection bags but are principally there to greet people as they arrive for the service.  There is also a team who count the offertory each week.  These tasks may seem small but they are very important in allowing the Church Stewards who are on duty to be available to talk to people in the church, especially any newcomers, and be available for anyone who wants to discuss church matters or concerns.  Thank you to all those people who volunteer to be Welcome Stewards or Offertory counters. If anyone else would like to volunteer to join these teams please speak to one of the Church Stewards.

During the last year we have had a very successful Holiday Bible Club, a Harvest Lunch and a thoughtful and thought-provoking display of poppies for the Remembrance Sunday and First World War commemorations.  Thank you to all those who organised and participated in these events.

We did not have a Christmas Tree festival this year as we had hoped to have an event that would coincide with the opening of Peach Place.  You will recall that the original opening date for this was last November!  Our fish sculpture has been fully funded by Church members and we are looking forward to it being installed in March.  This will be a stunning display and will, we think, be a distinct feature in Peach Place.  Thank you to all those involved in this especially Jane Bonney who has seen it through from the beginning and all those who have generously donated.

Being a Church Steward is a privilege.  Yes, in practical terms it means giving up extra time on a Sunday to open and prepare the church and lock up after everyone else has left; it means attending Church Council and at least one of the other church committees; it means a Stewards' Meeting every six weeks or so, but it also means being involved in almost every aspect of the Church and its ministry.  The Church Steward is there to support the minister, get to know the congregation and listen to the suggestions, concerns and sometimes personal problems of the members, and consider the overall worship and mission of the Church.  It does not mean that the Church Steward has to become the bearer of all these but is the conduit to the minister or appropriate committee who will take the matters forward.

Kate and I have enjoyed our time as stewards and pray for God's blessing on the continuing work of the team and the wider church.